I never know where to start when I begin writing a blog, just normally write the first thing that comes into my head I find is always best. The Conti 24 Hour Thunder Run is mine and Sarah’s favourite race of the year, its actually the place where we officially got together and look at us now, we are married! So as you can guess this race has a very special place in our hearts. Our last major long distance race before this was the MK Marathon 2018 but this race is in a category of its own. Whats even more special about this years event is that its the 10th Anniversary of Thunder Run!

What is the Conti 24 Hour Thunder Run

So what is the Conti 24 Hour Thunder Run? Well as the name suggests its a 24 hour race which takes part in the Trails of Catton Park near Swadlincote. The route is a 10k lap course which you attempt to complete as many times as possible in 24 hours. You can enter as a team of 8 or 5 who take turns in a relay form, pairs or if your a little unhinged solo, yes solo, you are probably thinking you have to be a little bit out there to do solo and yes, in all honesty, it sure does help! There are many 24 hour races which take part over the year but in my opinion this is the biggest, the best and the most fun event with awesome support and a fabulous 10k route. 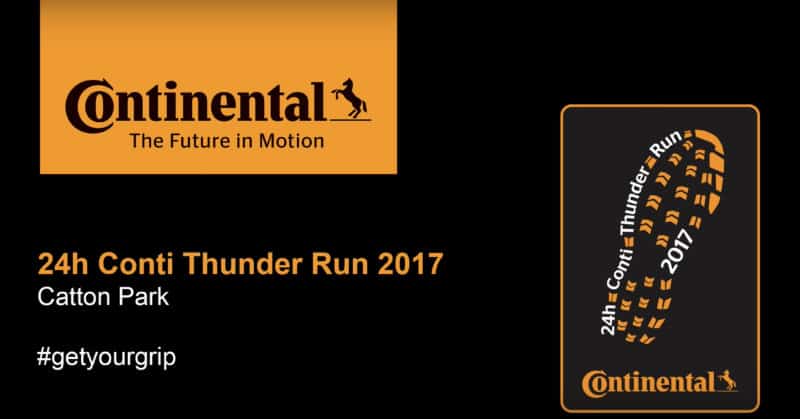 We didn’t enter any teams this year, we are a small running group, after all, instead we had 8 solo runners, yes 8 solo runners, we know a few unhinged people as you can tell. So the list of runners is as follows: Sarah Hetherington (The Wife and previous winner of Thunder Run) , Les (Sarah’s Dad), Dan (my brother in law), Sharon, Tina, Vicki and Ian, oh and me. Everyone apart from Vicki and Ian did the Thunder Run solo last year so this was a new challenge for them. Oh I almost forgot, how could I forget, our support crew. Our support crew included Lindsay (Sarah’s Sister) , Sue (Sarah’s Mom), Rachel and Linda. We also had an adopted solo Runner Monika who Les and Sarah have known for many years.

Yes you heard it, a campsite, it is a camping, 24 hour running party, what more could you ask for 🙂 The race starts at 12noon on the Saturday and finishes 12noon on the Sunday, however, the campsite is open from 8am on the Friday. Me, Sarah and Ian rocked up just before 8am on the Friday to find people had been queuing to get in from 6am, yes crazy I know. We setup camp right by the finish line which was awesome as we could easily pop off the course after we completed a lap to get something to eat or do a clothes change. We had a very chilled out day setting up the tents, I think there was 7 in total including our main shelter. Later in the day everyone else arrived at the camp to check it out, pick up race numbers although not everyone was staying camping over night. 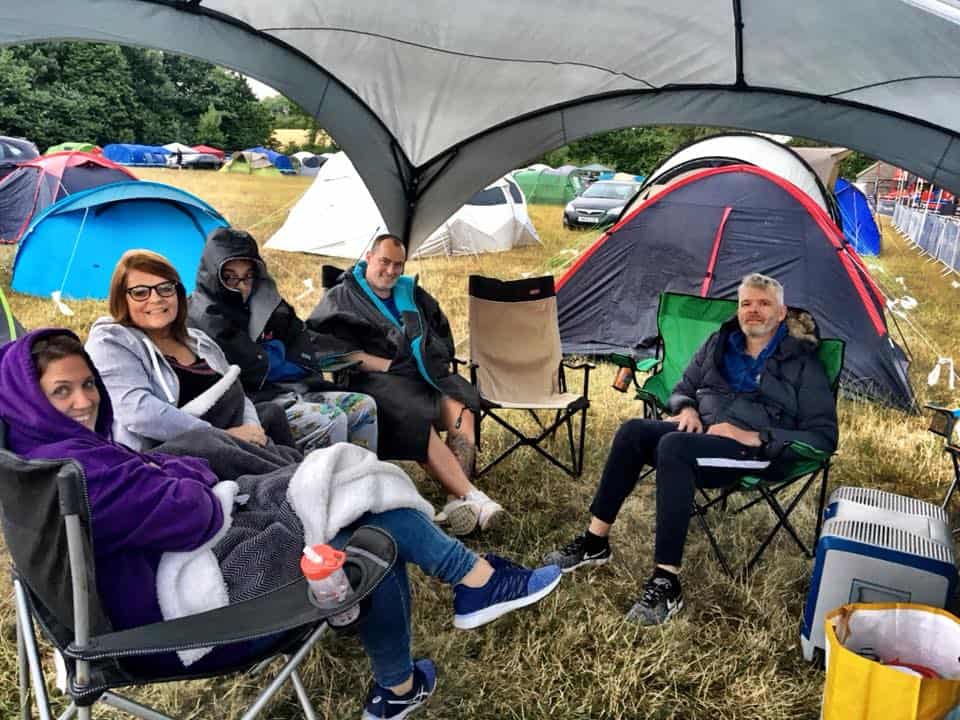 On the Friday night there was a kids pyjama run which was a fun event for the kids to run part of the course with their parents if necessary. The kids were wearing their pyjamas obviously although sam wore his Chewbacca onesie, made sense to me. Just to add a little twist the kids were chased by a dinosaur, it looked a little scary but I dont think it was ever going to catch them. Sarah ran the race with them, I think she wanted the hot chocolate and certificate at the end but that was the kids Sarah. It was a fun event and it was fab to see so many kids taking part. After the pyjama run we chilled out before settling down for the night. 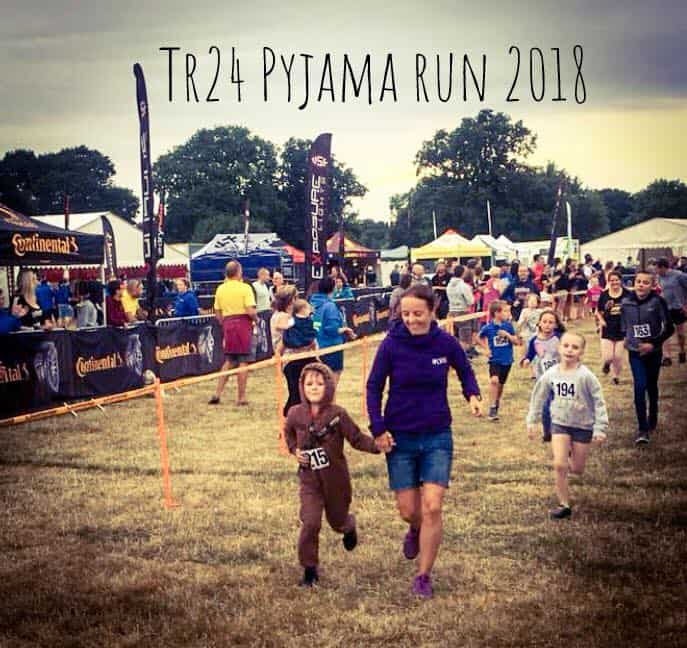 So the big day is upon us and if you compare this to last years event it was going to be very different purely down to the weather. Last year Im not sure it actually stopped raining although if it did stop it wasn’t for long, it was a complete mud feast where walking poles were our saviour. This year it was very dry and warm , the ground was very hard and cracked.

The start time is late for a race 12noon, this allowed lots of opportunities for pre race toilet breaks, whats that all about, I put it down to pre race nerves. There was lots of pottering around before the start sorting out kit, food, drinks etc. I always hate this bit, I just want the race to start.

The race start was soon upon us, as always we headed to the back of the runners, never want to get dragged along by the teams of 8 runners. We wished everyone good luck before the start, the horn went off and that was it the race had begun. The first lap was very chilled with spectators and fellow runners lining the course route cheering you on, they always give a special mention to solo runners as they know we are a little nutty.

Sarah and myself generally run the thunder run together to keep each other company. After each lap we would have a drink and something to take with us to eat. It was definitely a hot one this year so it was important that we kept hydrated and cool by using sponges or dunking our caps and Buffs into the water at the 5k water station. On the 3rd or 4th lap we had a ice lollie from the water station immediately after that I did a commando roll, not bruises or anything. 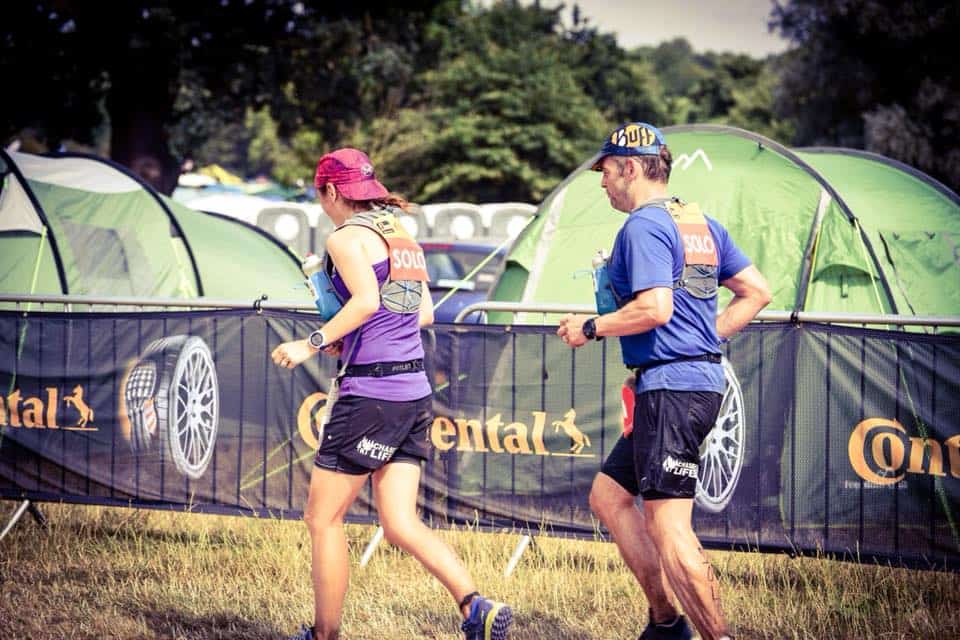 I always have a little blip after 5 laps (50k) which is normal for me, a change of clothes or food normally sort me out. Sarah was running well so I told her to push on and leave, in effect I told my wife to leave me and she did. I then proceeded to run telling all spectators and below runners that my wife had left me, they probably thought Im not surprised 😉

At this stage, every one of our solo runners were doing well although Ian had to keep an eye on his sugar levels as he is a diabetic. With the exception of myself and Sarah our solo runners were in pairs Sharon & Tina, Les & Vicky, Dan & Ian. I wasnt in a grump that my wife had left me at all.

From 8pm onwards you were required to take a head torch with you on the course as there was minimal lighting and when you got into the woods it was definitely getting dark. At this stage I cracked out my walking poles, my normal lap 5 blip had been and gone, I was happy again, still not found my wife though. I used my poles for walking for my night time laps, think I did 3 laps in total with my poles before I got back to camp sometime after midnight and found Sarah, my wife. She had done 9 laps the same as me but in a quicker time however was unable to eat anything and dizzy so she rested for a while and got some sleep. the night time stage of the race is whats amazing, seeing the lights going through the trees and looking up seeing all the head torches bobbing up and down in the distant treeline, beautiful sight. I continued through the night with my poles keeping myself entertained by chatting to fellow runners, letting them know I found my wife. Talking of my wife she did a walking lap with Les and Vicki after she was feeling a bit better after her rest. Most of our group had a few hours sleep, I had about 30mins I think but Sharon and Tina didn’t have any sleep, they just kept going. 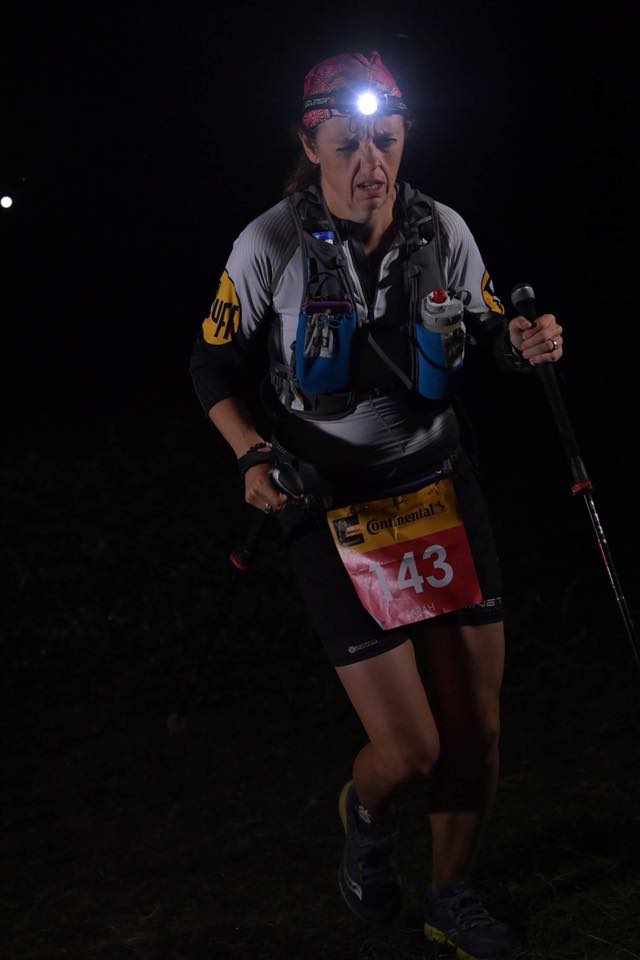 It was starting to get light between 3 and 4am, it is a truly beautiful sight the sunrise through the woods. This meant there was only 9 hours left to the race, whoop, whoop! By this time I had done 9 laps but I just kept moving, not long left now at all 🙂 I had done 11 laps by 8am, I could have possibly done 14 but I had slowed down and I did not want to finish on 13 so instead I decided to stick to 12.

I ran my last lap with Sarah, I had found my wife again, a happy man.  My feet were a bit mashed from the hard cracked floor on this last lap, no blisters just rock hard feet. We finished our last lap at 11ish and decided to call it a day and relax, our race was over 🙂

Its an amazing sight seeing everyone coming in after the horn goes at 12 noon, very emotional! So what were the results, drum roll, please. Sarah did 11 laps, me 12 laps, Sharon & Tina 10 laps each, Ian 9 laps, Les, Vicki & Dan 8 laps. Monika did 15 laps which got her 2nd place on the women’s solo podium. Everyone of our runners smashed the event, so proud of them all, it’s not an easy event, it takes both mental and physical strength but they did it.

Our runners couldn’t have achieved this without the support from Lindsay, Sue, Rachel & Linda, awesome, just awesome! Not to mention the support on course by complete strangers giving you drinks, sweets and so so much encouragement particularly the pop-up cafe at the 2k point who provided you with everything, even a beer for the last lap.

After lap 4-5 I was thinking, do I want to do Thunder Run next year, it was a no, at lap 12 it was all different a big, big, big yes. It’s still my favourite race and one that will always have a special place in our heart.