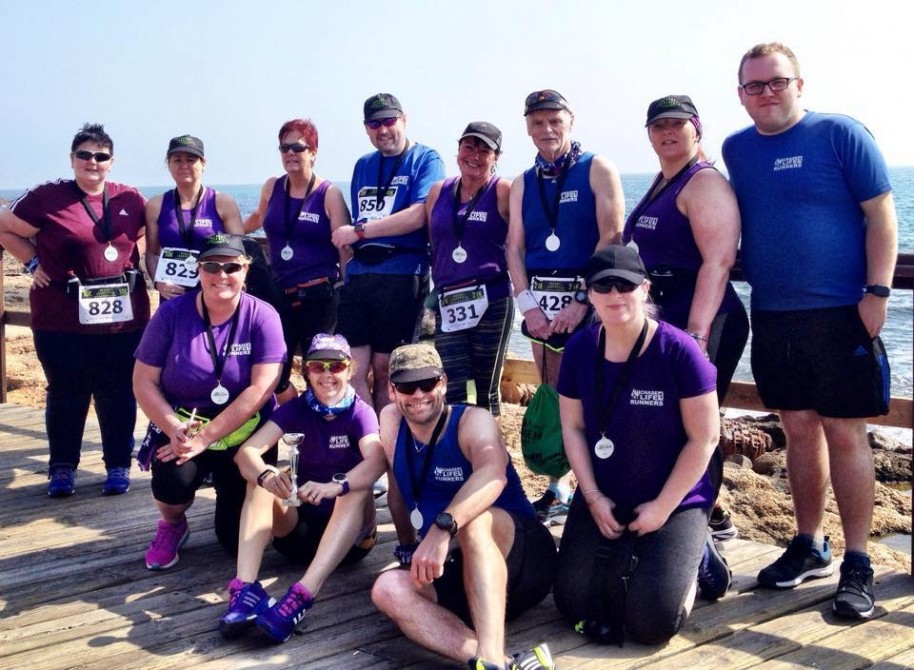 A good year or so ago we set up our chaselifeuk group and we always had In our minds that one day we would organise a weekend trip abroad to complete in a race and so began the ChaseLife 2017 Tour.

We found a race that we had never done before and decided to see if there was interest; we were full in one day, 16 places filled boom!  We were full, we wasn’t expecting that to happen so quick.

David had the job of booking the flights and I had the mission of finding a hotel near the start and finish area. A few hours trawling the internet and we had found the hotel fontaza plaza , 3 stars in the correct area and we took the plunge of booking it.

The race wasn’t even open yet to enter lol, so I emailed the race organisers to make sure it was still going ahead .

4 days in the sun 45 mins from Alicante in Feb sounded perfect for a winter break , what could possibly go wrong ?????????

I’m not going to lie it was quite stressful for me , luckily David was awesome and took it all in his stride sorting all the paperwork out.

The race itself was a half marathon (2 laps) and a 10k, this was perfect for our group as it gave everyone the option to run.The one thing to remember with our group is that 12 months ago none of them run ?? We started them all on the walk to run course and basically never expected them all to carry on , basically we just can’t get rid of them lol #chaselifeukfamily

So who had we got in the race ?? Myself, David and my dad were in the half marathon and along the way we seem to have gained a stalker, Sharon.  She had never done a half marathon in the uk before, let alone in europe. Also joining us on this trip was Ali’s husband who was also entered into the half marathon .

In the 10k we had Linda, Gemma, Michelle, Alison, Charis, Mark and Debbie. Joe should also have been running but he is waiting for a foot operation so he came along to support instead.

So what was the plan? We had never organised anything like this before for this many people ( although I have run all over the world ) making sure everything ran smooth for everyone else was always my worry ( david was as chilled as a cucumber) and his OCD meant that all the paperwork was sorted in the correct manner bless him.

I had an idea it would run smooth as soon as we got on the plane as I was brought a small bottle of rose wine to chill me out and we seemed to entertain the plane with an endless game of eye spy which Linda is now the queen off .

Yes the trip had begun 🙂

I was really hoping we had booked the correct transfer company and yes as good as clockwork our flight landed bang on time and our man with his clipboard was waiting for us to take us to our hotel.

Once the rooms were all sorted, calm was restored; now to find the beach and a beach bar to relax everyone before the race.

Ali found the biggest cocktails I had ever seen so we all joined her for a lovely chilled out afternoon and evening before we needed to collect the race numbers the next morning. 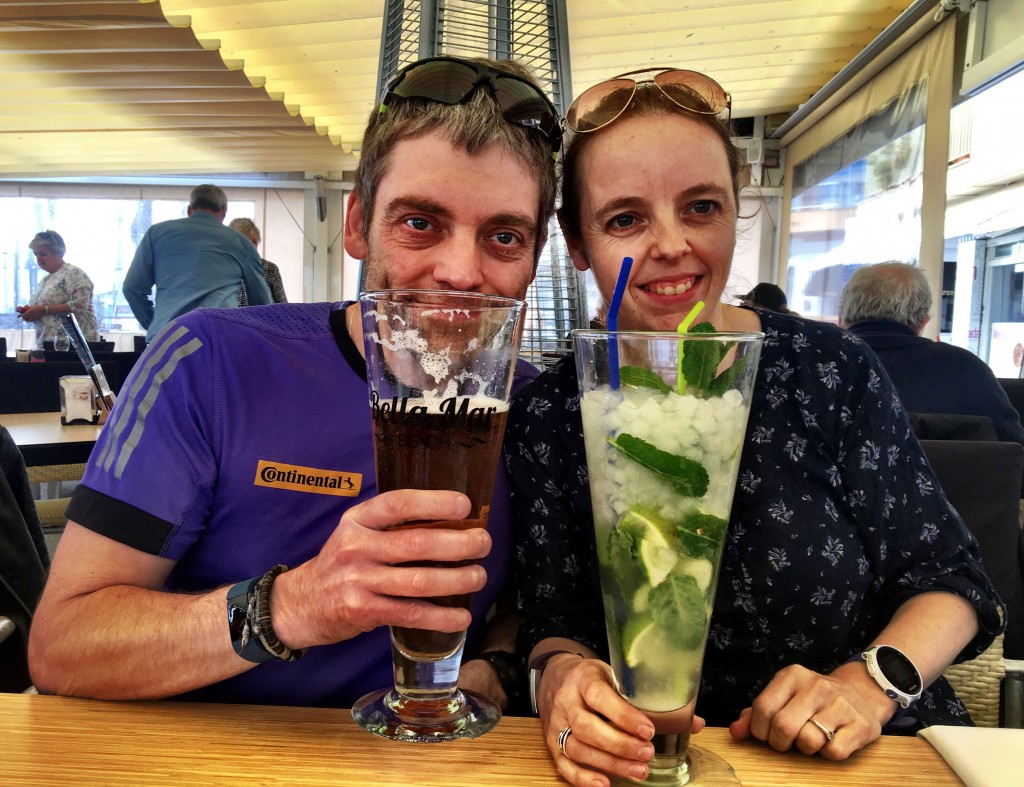 On race day the early morning breakfast prepared us for the day ahead and everyone was up early and ready for the race. 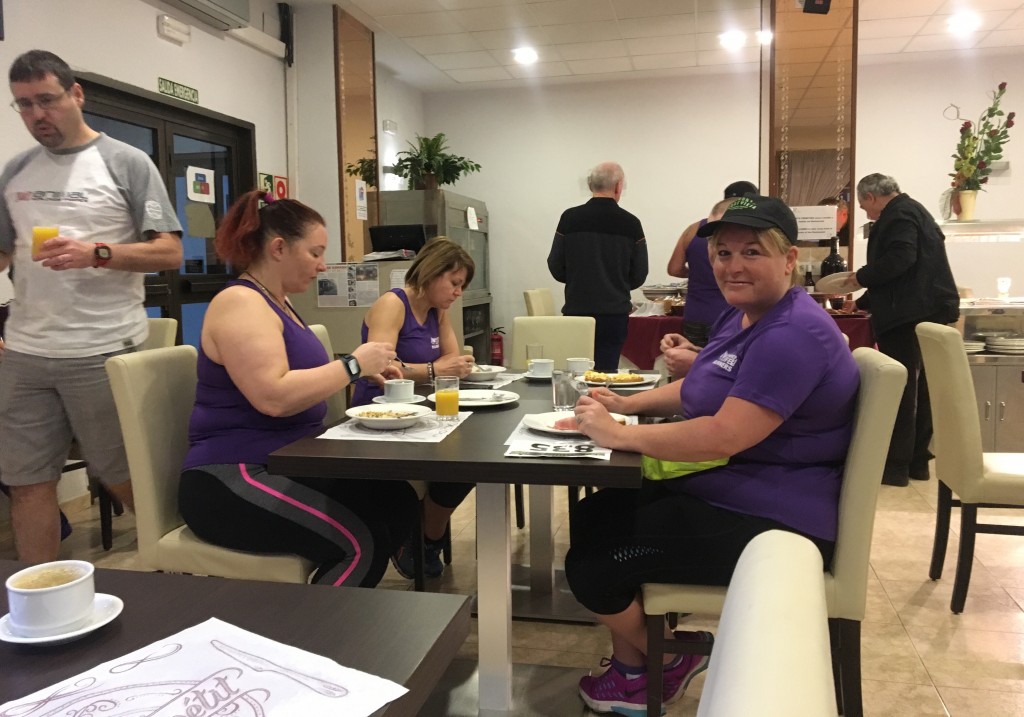 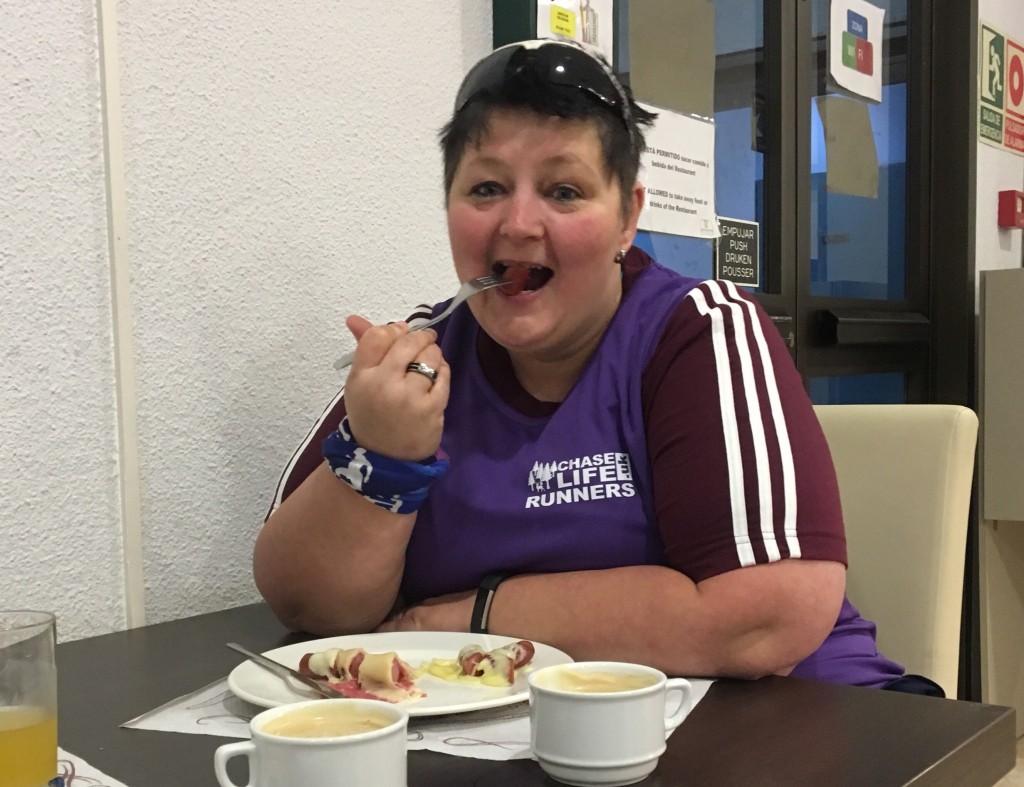 There was a nervous atmosphere at the breakfast tables and yes I’m not going to lie I was also nervous (always am ) but also nervous for our awesome group . To remember how everyone moaned when they first started and to see them all now, having the guts and determination to even enter this race was emotional enough in itself.

After breakfast we headed to the start area. Everyone had nervous smiles, I was also nervous but was bouncing about like a crazy tigger. 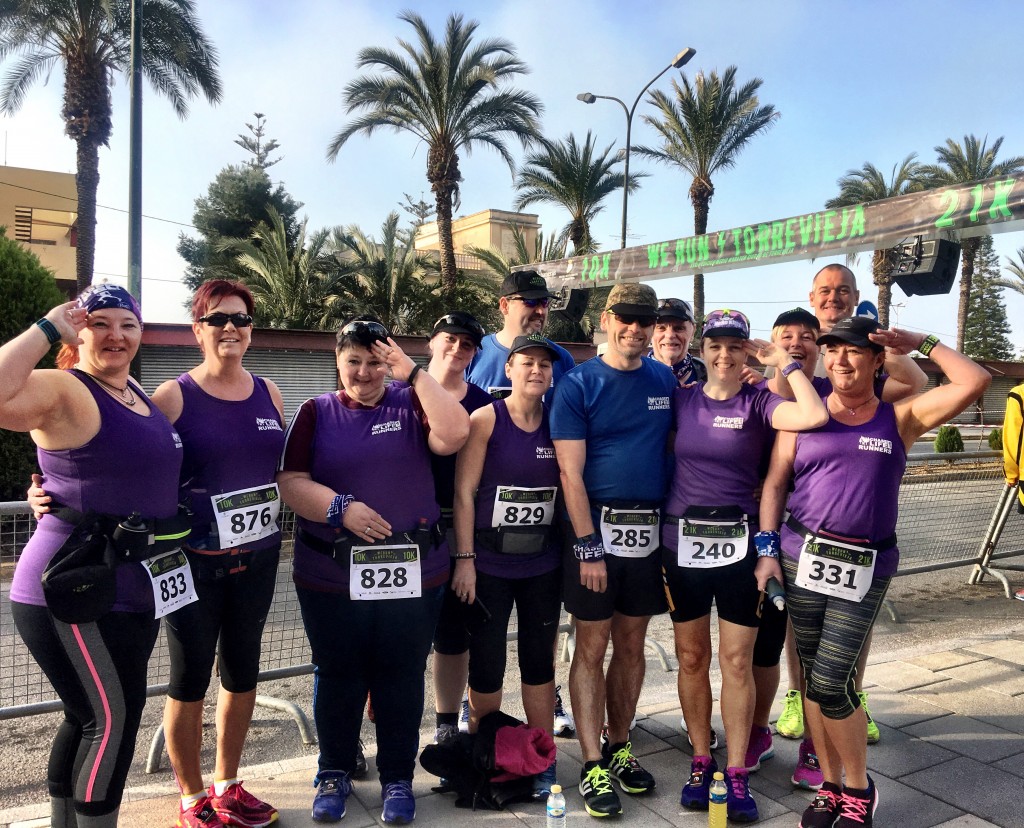 The 21k started on one side of the road and the 10k on other we all got into our own area and waited nervously for the start gun.

Myself and David were running together and I really wanted to run well not just for me but for the whole group to show what we can do when we work at it. 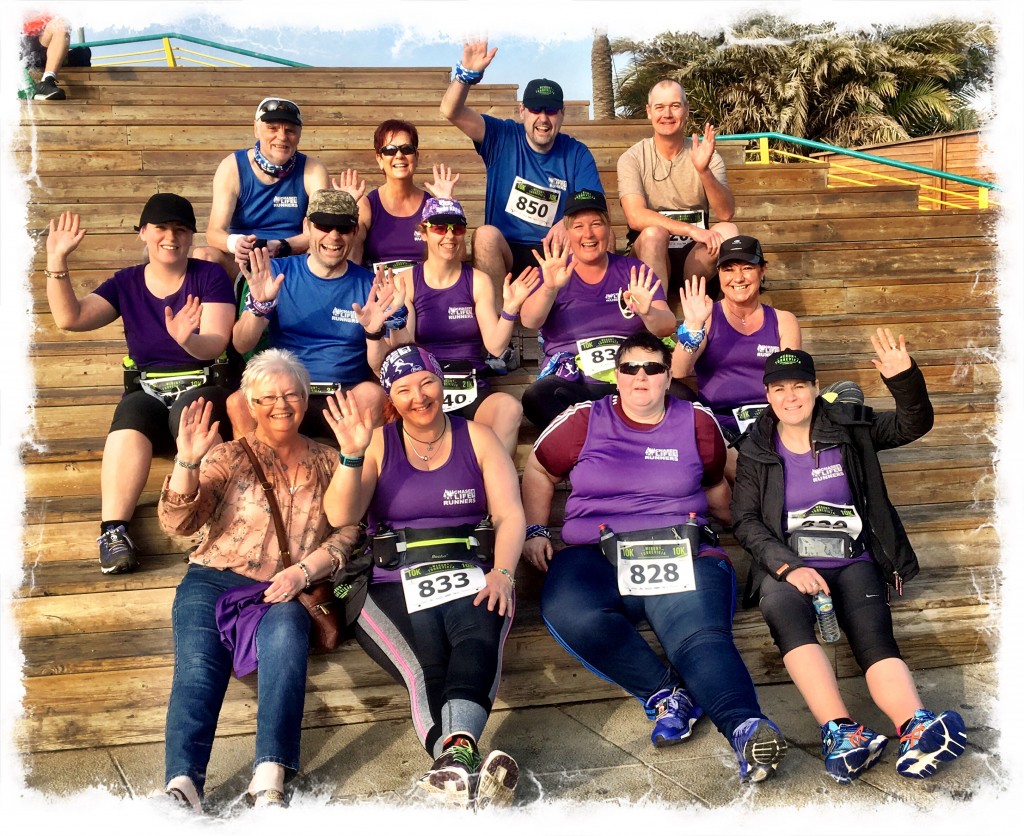 The race started late and I was on for a flyer slightly too quick but that’s how I like to run; I lost david for the first 200metres. The first mile was run in 6mins 50 slightly too quick for a run in the sun but hey we cracked on.

Really pleased how strong I felt, enjoying the route which was flat but it looped quite a bit so we got to see our group on the course which was an awesome lift for us and great to encourage them. 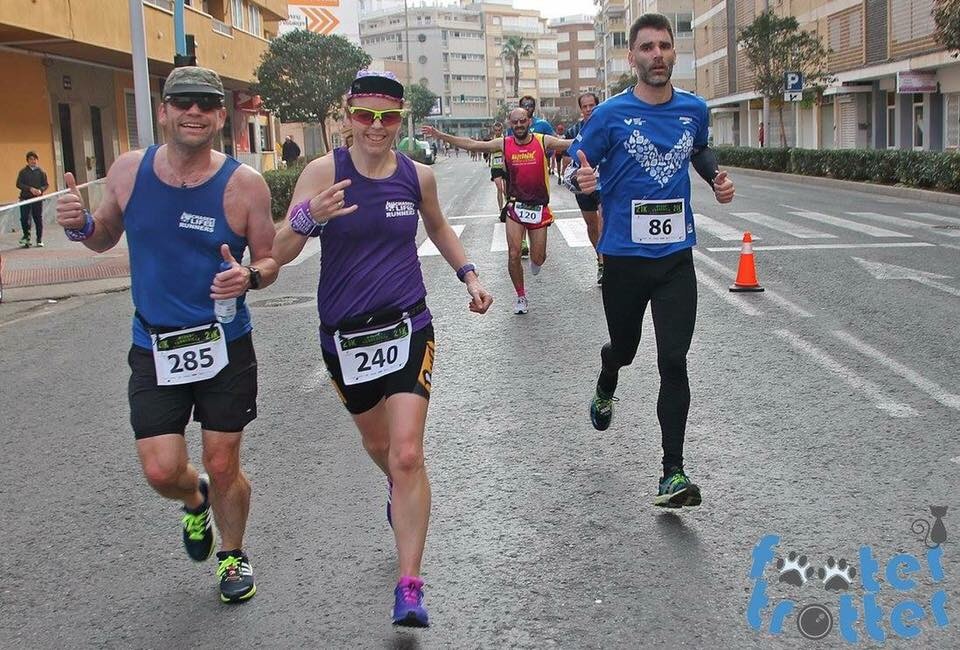 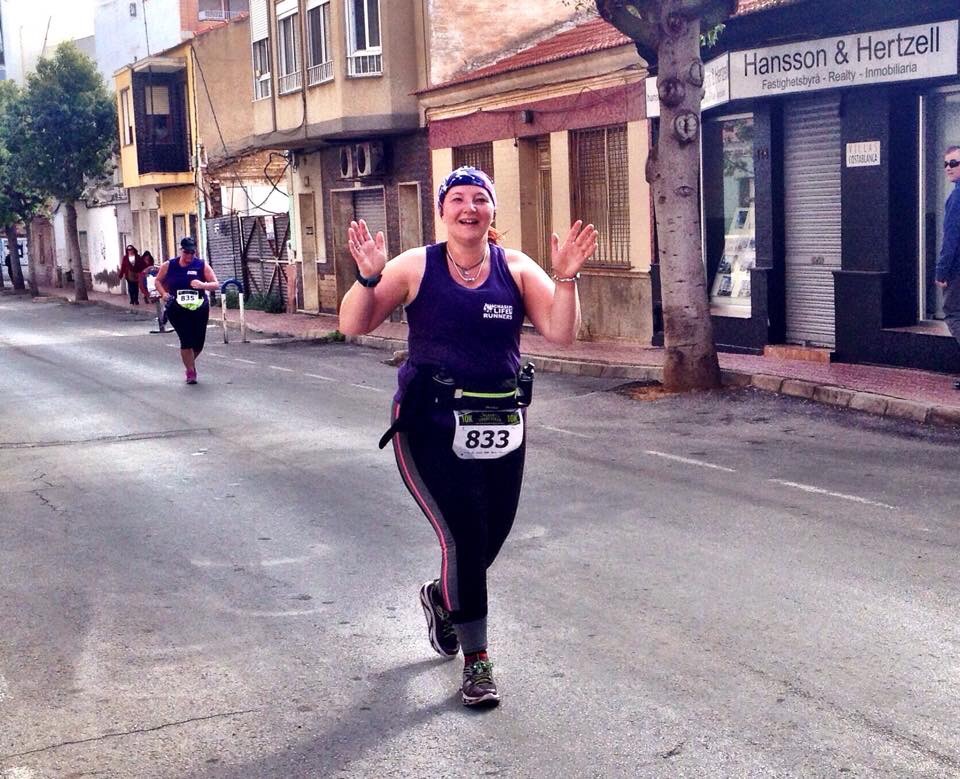 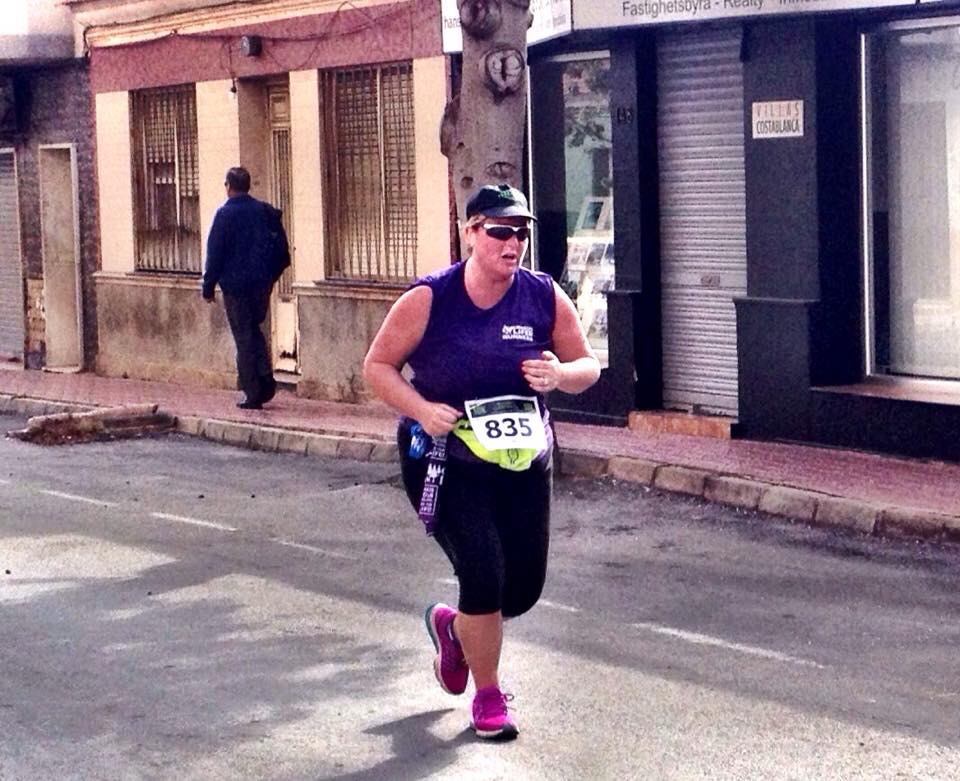 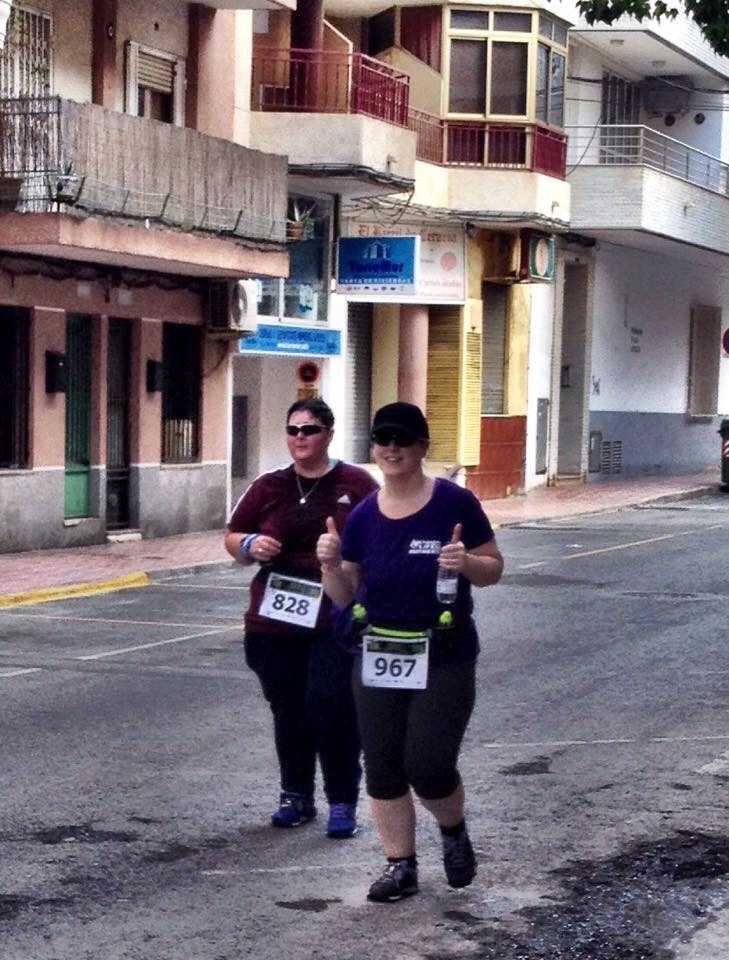 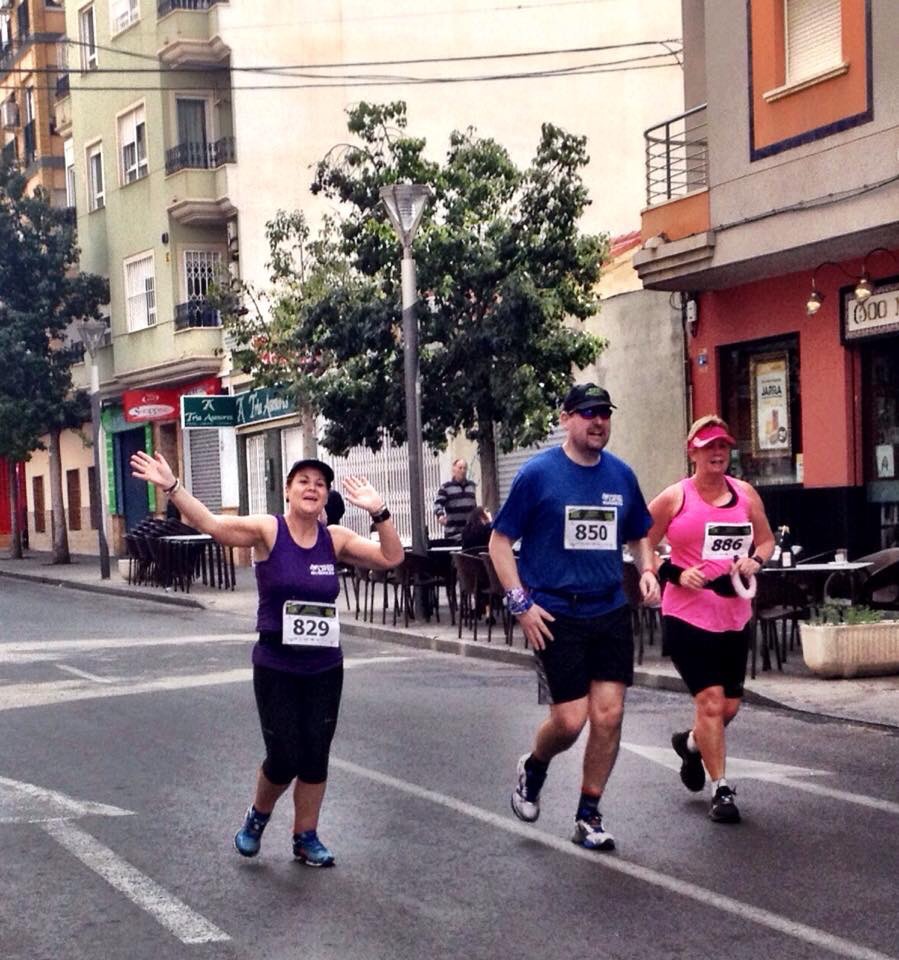 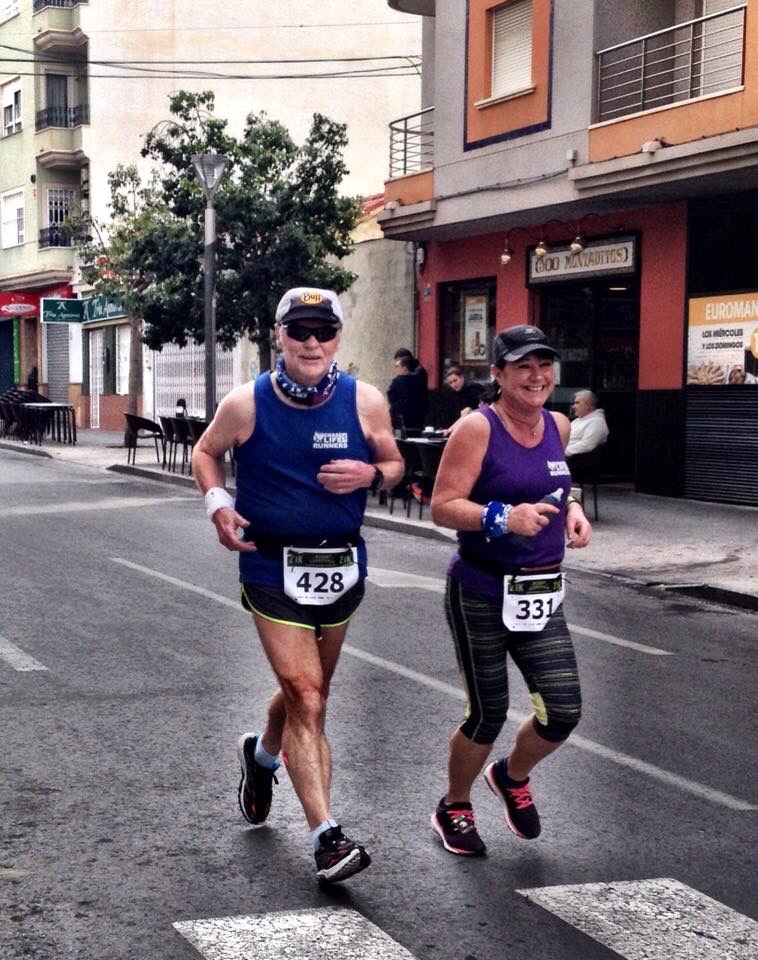 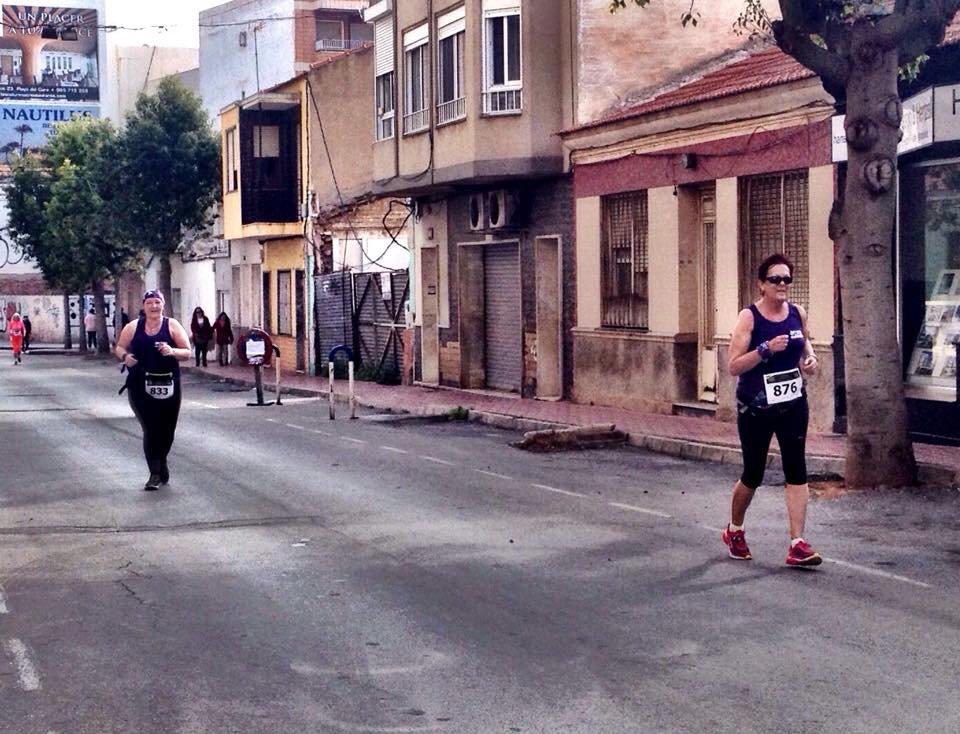 Running to me is my life and to have David and our chaselifeuk family doing something which we love so much is everything to me and I know David feels exactly the same. It’s hard to explain but when you see how people’s life’s change and how there physically appearance has changed and even some character change too it’s just the best feeling ever. I never thought something would change my life like this group has, too share such personal ups and downs with your friends is amazing .

We decided as soon as we had finished we would get out on the course to video our remaining runners which was a great laugh to do 🙂 The first runners we saw were Linda and gemma who were still out on the 10k course. If there was ever a time when teamwork came into play it was today as they ran ever step of the way together. 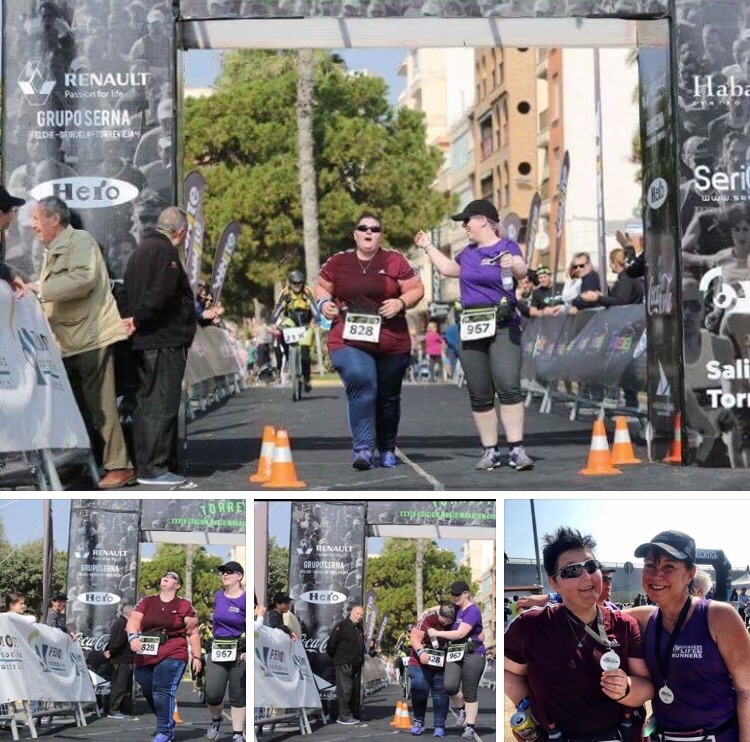 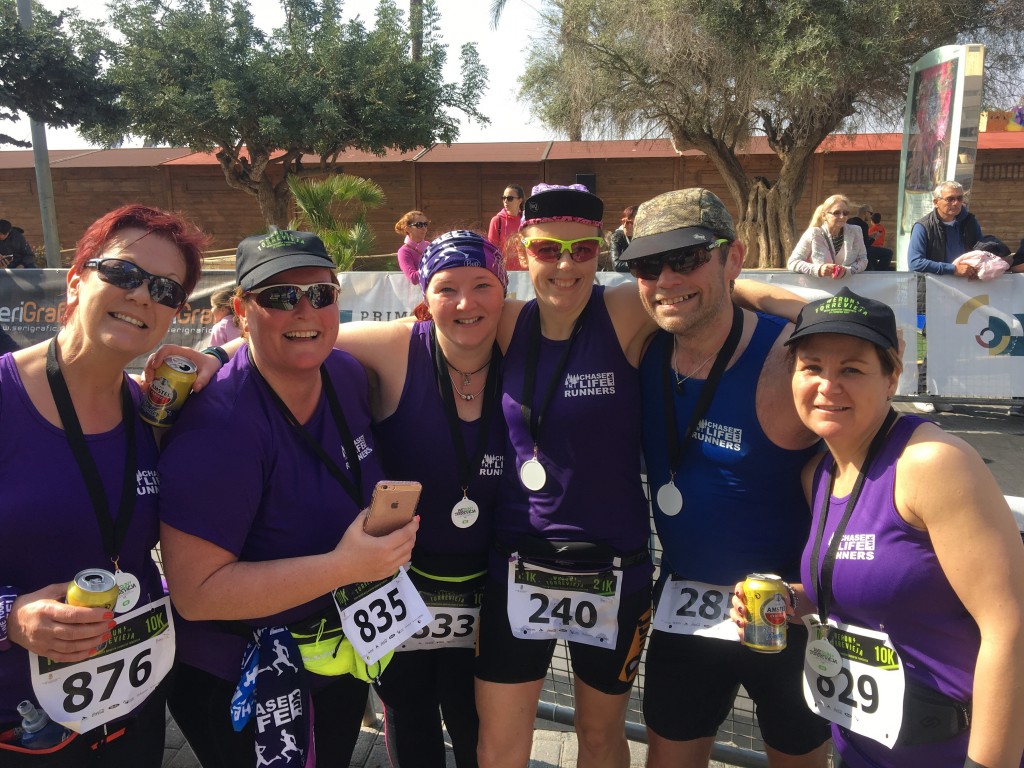 Next in was My dad Aka Buff daddy and Sharon, she was brilliant! They ran ever step of the way together bickering like two school kids and they loved it . 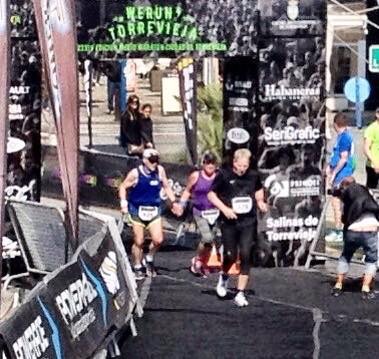 There wasn’t a dry eye when we saw our group at the end of the race, smiley faces , free beer and the chaselife family love was everywhere. 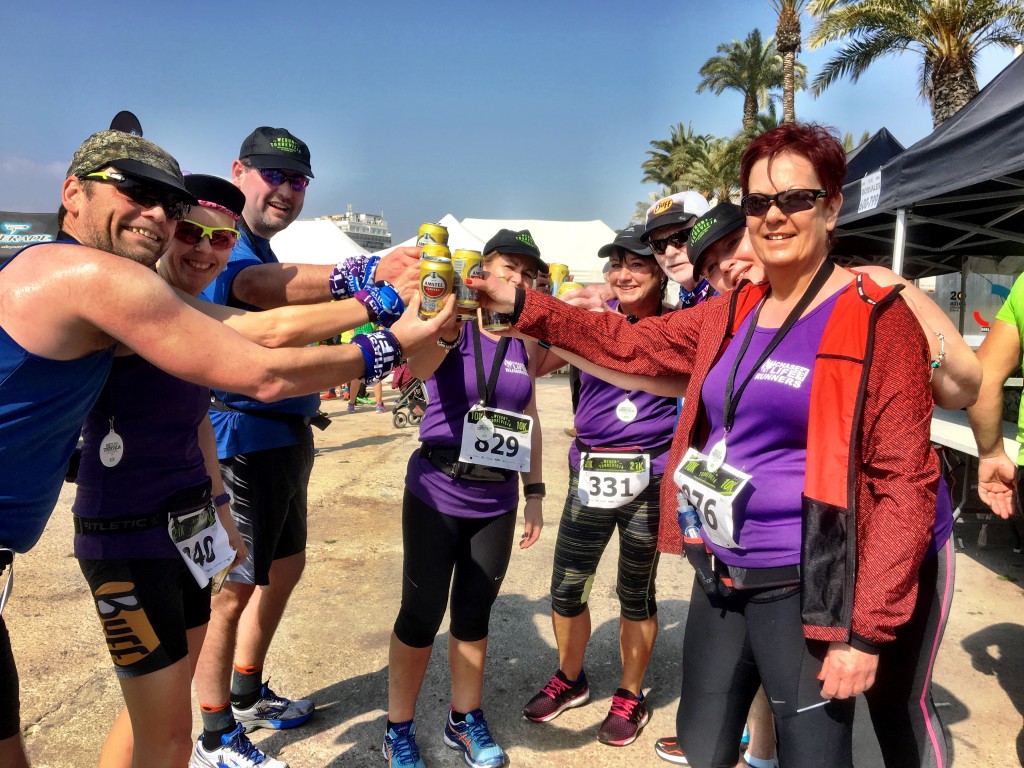 Today was not a day for individual performances as I can honestly say I can’t pin point who ran the best because the whole group/team/family were inspiring in one way or another and there were so many pbs it was fantastic.

Firstly Charis knocked off 8mins off her 10k pb brilliant just brilliant & she didn’t moan once.

Alison knocked off 12 mins of her pb this was a blooming brilliant run and she looked so chilled out the whole way around.

Michelle well this was her first ever 10k distance in a race and in training as before she had only ran upto 8k ,she ran awesome to run with Charis and had a brilliant sprint finish.

Mark and Debbie ran together and ran great especially as on the Friday Mark had an awful cold, but this didn’t stop him and they ran all the way together with Debbie talking non stop I’m guessing.

Last but by no means least in the 10k was Linda and Gemma what can I say about these two apart from awesome team friends for life , Linda knocked over 25mins off her pb with the help of Gemma.

Sharon’s first half marathon which she looked really well paced the whole way around and again team work played a massive part in this as my dad is a brilliant pacer and he had a bad calf so they smashed it together.

So as you can see it would be hard to pin point anyone, they were all amazing. Myself and David could not of been prouder of them all! 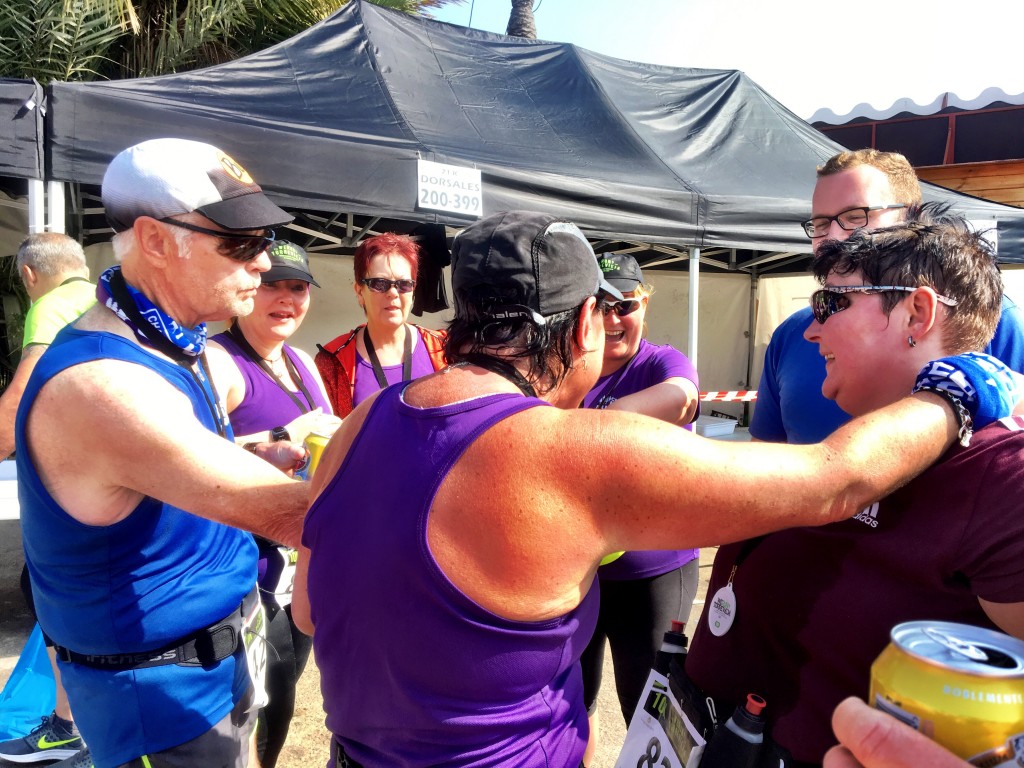 To top the day off we found out that I had come 3rd in my age group and the presentation was about to take place, chuffed to bits with finding this out and I must thank David for being my awesome running partner and water collector in the race.

To get a trophy with our ChaseLife runners was just brilliant and I thank each of you for the shouts and support in the race . 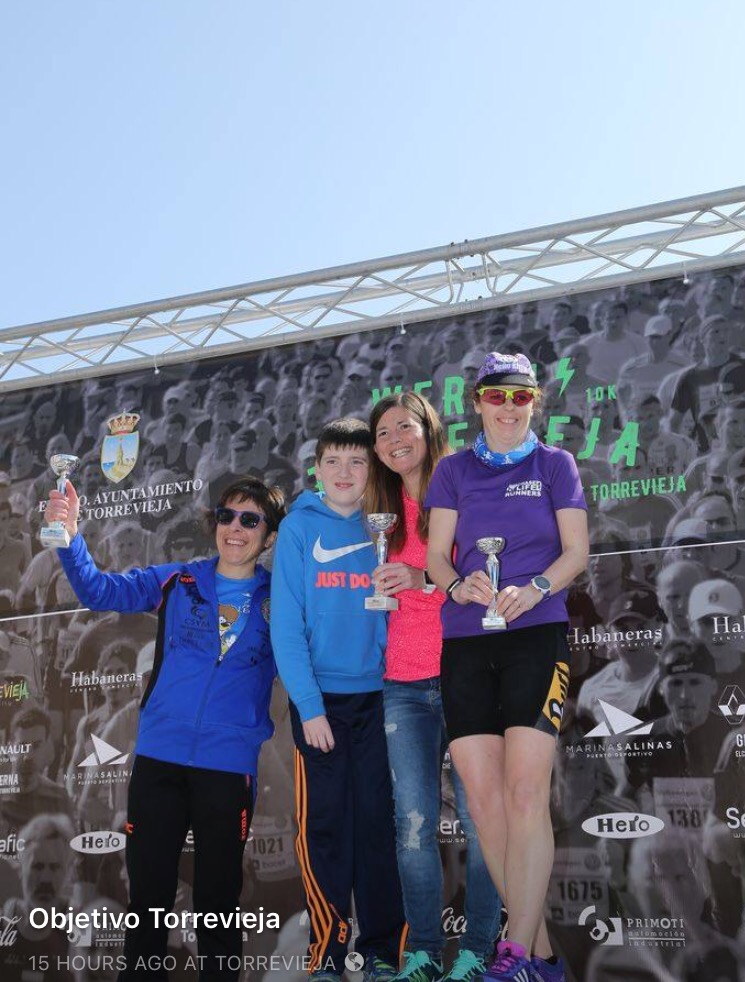 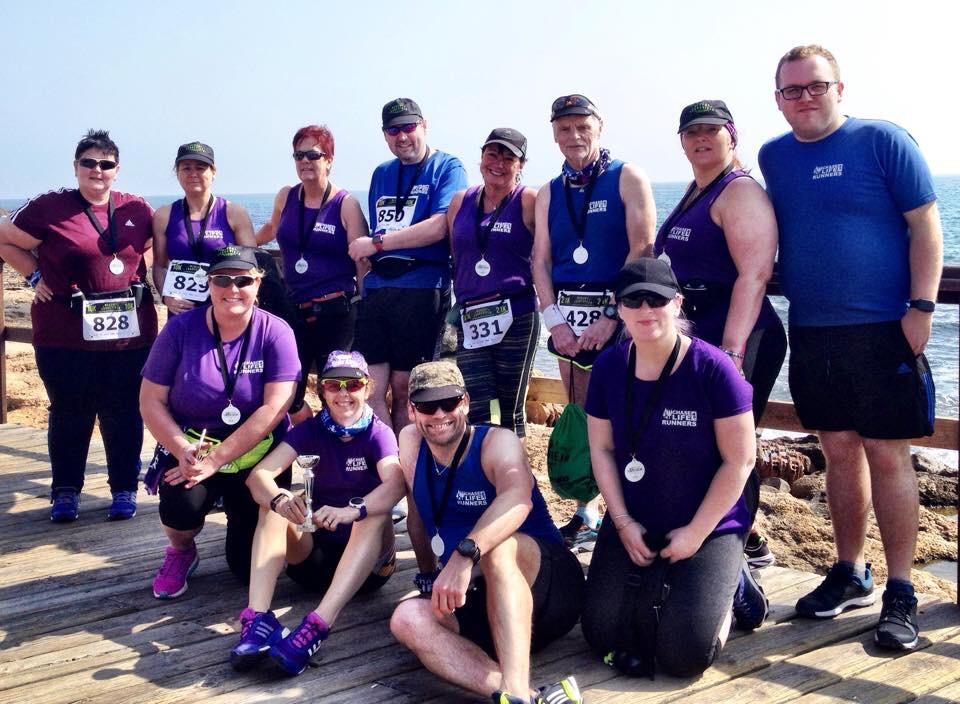 This really only meant one thing now and that was cocktail time once more and maybe a shot or two.

I have been led astray by a few of our crazy gang and sometimes you need to enjoy yourself work hard , run hard and party hard #notjustarunner and Joe won’t play me again at pool that’s for certain “Hustler Hall” strikes again.

I must say here a massive thank you to my mom & Joe who were our official photographers,top carriers , water bottle holders and a great help the whole weekend.

All in all a fantastic weekend with peeps who we have the honour and privilege to call friends oh and we hope you all enjoyed it as much as we did . 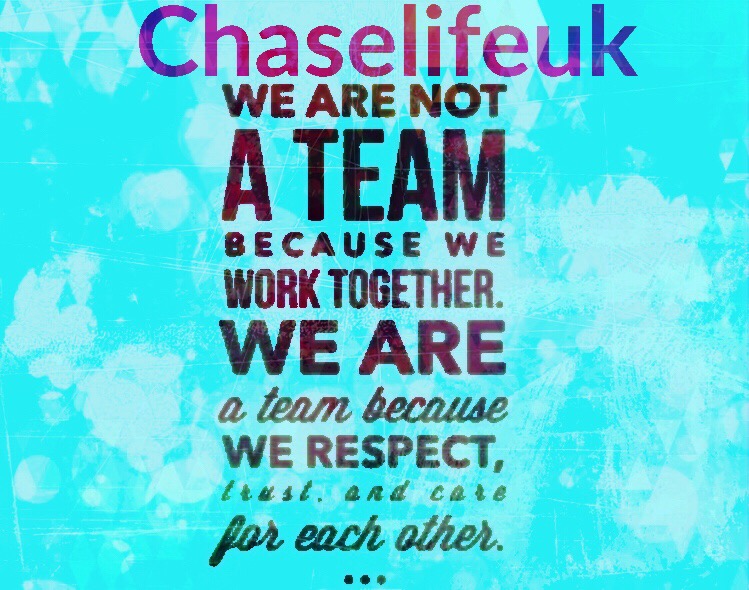